There appears to be another kind of electron involved when the nucleus grows. It seems that the growing branches provide the ability to pull in outer electrons which we then call quasi-inner electrons. Their role is twofold: (1) those electrons so close to the nucleus (just above it between the branches) are considered to be part of the nucleus and provide the proper “neutron” to proton ratio of heavier nuclei and (2) they stress the branched structure and are preventing a part of the theoretically available binding energy from being released (see next section for more discussion). 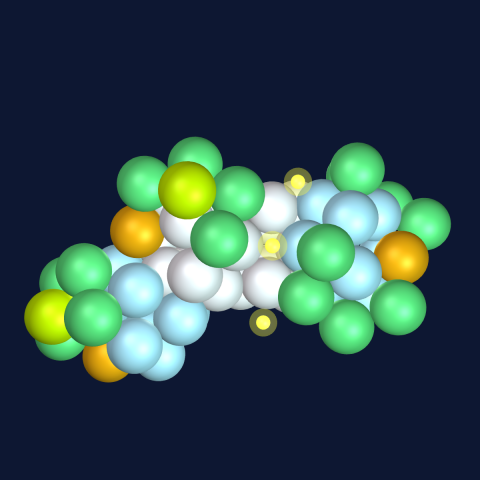 Summarizing, we see that, dependent on its location, the electron can take on different roles and most likely are different too. First as the entity that binds protons together, thus ensuring stability for the nucleus, and second when it settles between two branches of nucleons, pulling them together, which introduces internal stress and tends to destabilize or diminish the stability of the nucleus – the quasi inner electron. Third is its commonly known role as outer electron. The second role for the electron causes the nucleus to store energy that is not being recognized in the "standard model." It is the cause of some phenomena that are thought to be impossible in the laboratory, such as transmutations which nevertheless are known to occur in many experiments. However, current physics models are not capable of providing an explanation for transmutations in those experimental setups. SAM contains the components for a theoretical basis for transmutation of elements under relative benign circumstances. That in turn offers the prospect of finally resolving the mystery of “cold fusion”, more appropriately termed Low Energy Nuclear Reactions – LENR. 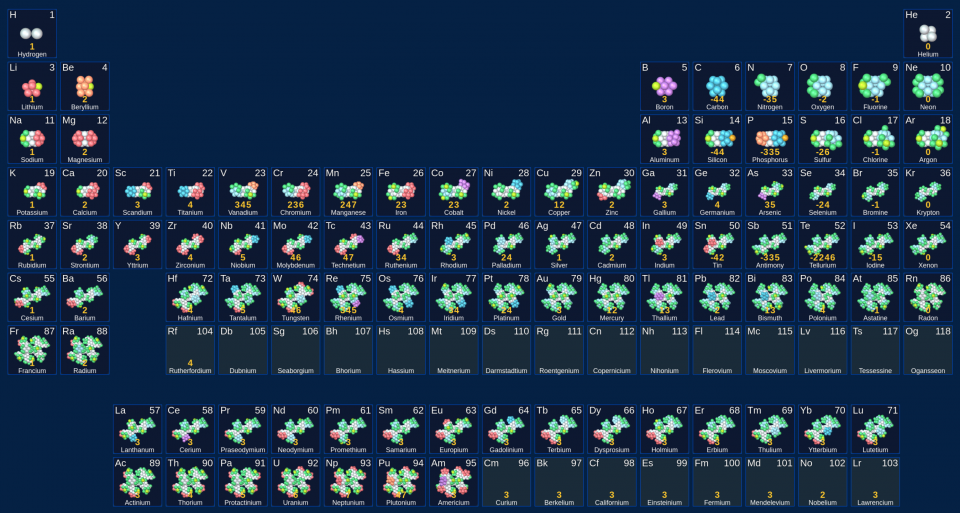 Following the rules mentioned above we were able to create the structure of each nucleus in the periodic table of elements up to americium. After americium the growth pattern comes to an end as described above. Elements that follow americium in the PTE are all artificially created and disintegrate after some time as they are “Frankenstein” creations without proper structure. We do not consider them to be real elements based on the structure defined by SAM.