Creating the backbone of the nucleus

The growth process described so far results in a backbone of carbon nuclets that constitutes the bulk of the make-up of every nucleus. The element properties are determined by the various active endings, which also drive the outer electron structure, thus explaining the similarity of those elements belonging to the same element group. The backbone of icosahedrons is created in fractal fashion. It does this in two different ways: through branching and by elongation. We can also distinguish an active topside with visible endings and inert backside with more of the backbone visible. 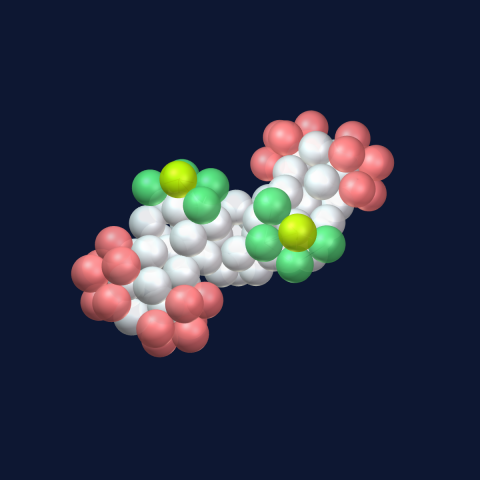 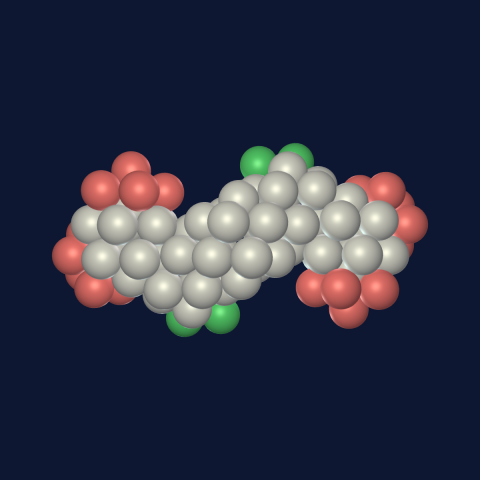 The next several figures show how the icosahedrons are connected to each other in SAM for various groups of elements in the PTE. Branching and elongation of the core structures is the result of the initial distortion of the primary icosahedron. 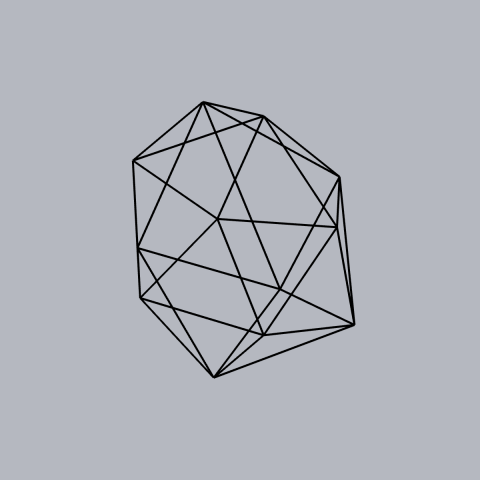 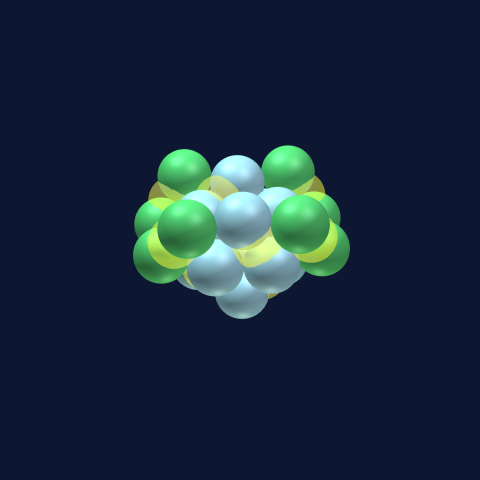 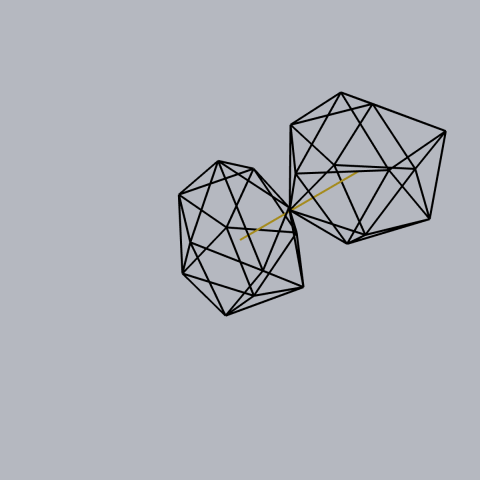 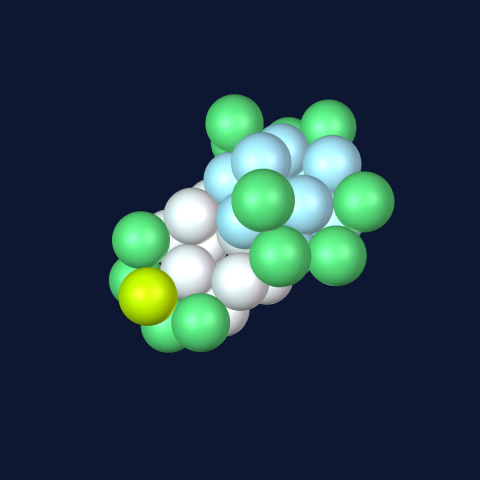 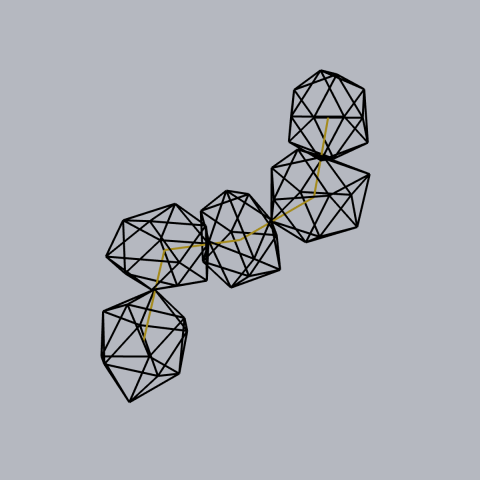 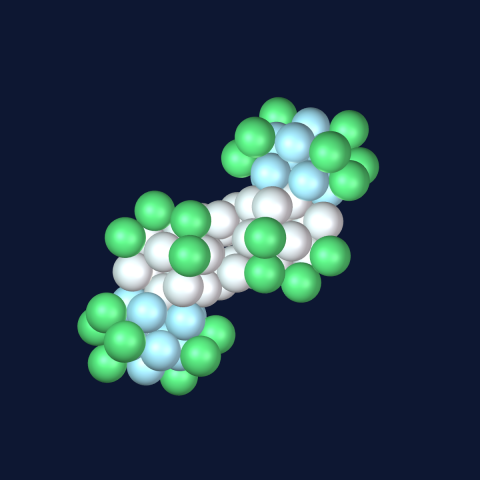 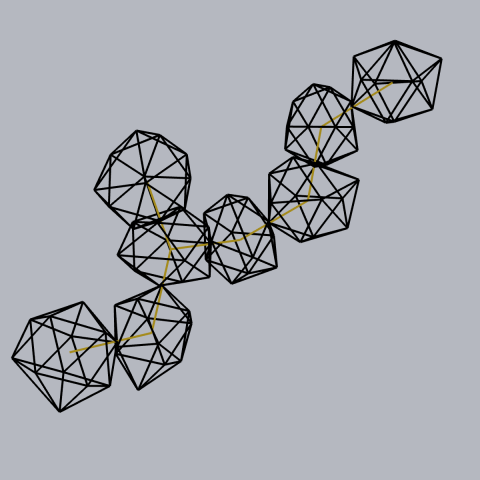 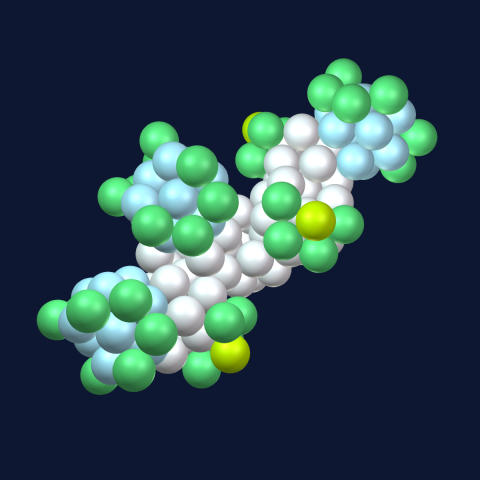 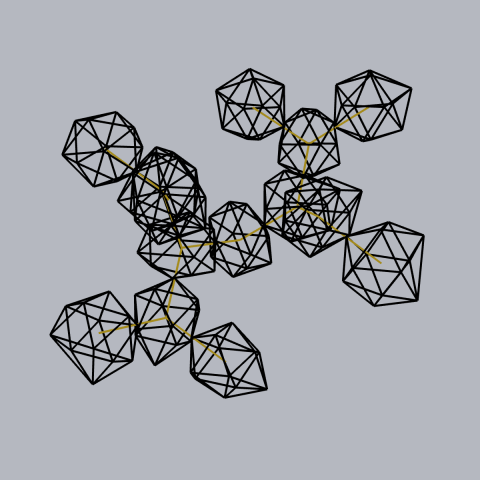 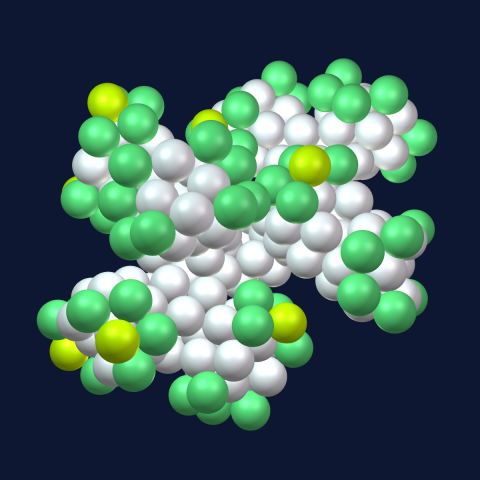 In addition, we see branches start to interfere with each other, which introduces stress in the structure and is a fundamental cause of a nuclide being radioactive. In the overall growth process, we can distinguish four organizational patterns.

The growth pattern is rule-based, but complicated by the fact, that after argon several connection points are growing in parallel. The fractal growth pattern breaks down just after the creation of the 15th backbone icosahedron because the structure folds in on itself and would create physical overlaps if growing further. Once all growth points are used up, element creation comes to its natural end. Therefore, the speculation about the so-called “island of stability” resulting from predictions based on the "shell model," is highly questionable. It is interesting to read the writeup in Wikipedia on this subject which revolves around the notion of magic numbers and double magic numbers of protons and neutrons at Z=114 and N=184. It appears that an enormous amount of effort has been put into this area over the last half century, without much result except deeper and more refined speculation. If the above discussion of fractal growth has merit, that effort would appear to have been futile.