View all the elements and Isotopes in 3D

SAM is a revolutionary new model for the atom. The model provides a clean slate approach about a new beginning—not limited to our knowledge about the atom—leading to new insights. In SAM the nucleus has a fixed structure consisting of protons kept together by inner electrons. The neutron is no longer a fundamental particle but is a proton–electron pair. Structure follows the principle of spherically dense packing. Recurring substructures—called endings and nuclets—emerge, defining the setup of the nuclei of the elements.

For the first time, real insight is provided explaining why elements have the properties they reveal through observation. The reason for the asymmetric breakup of fissionable isotopes is revealed as well as a potential breakthrough explaining Low Energy Nuclear Reactions (LENR). Those are just some of many explanations SAM provides for previously unexplained observations. A new numbering system for the elements, based on the number of deuterons in the nucleus, leads to a new periodic table and predicts currently missing elements—most of them unstable … but not all.

All of this is being revealed in our new book from the SAM team, published by Curtis Press.

The SAM Periodic Table of the Elements depicting the Structure of each 'base' isotope. 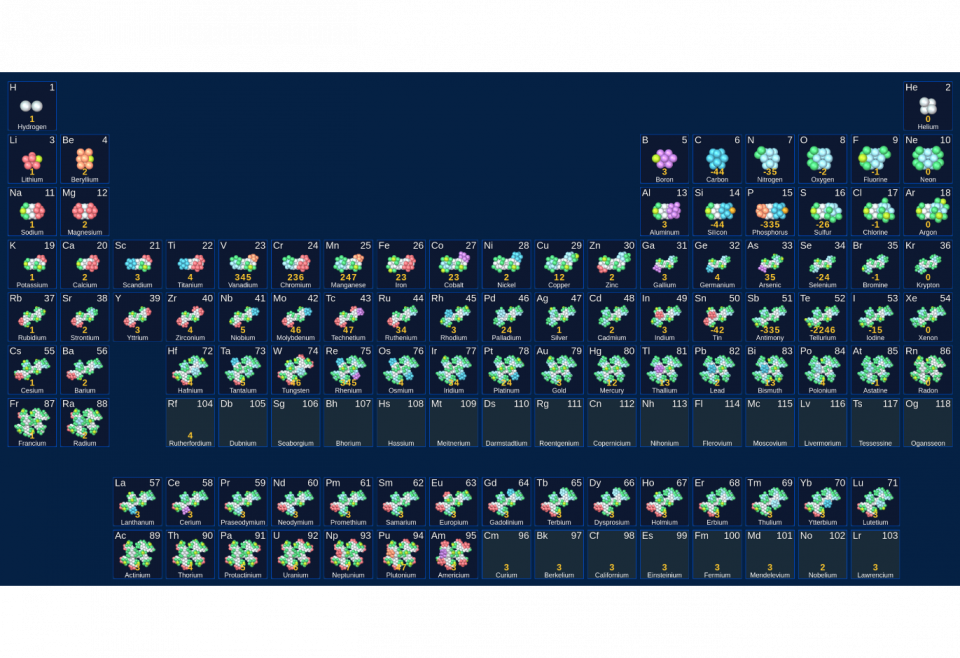